How to Read Waves for Surfing 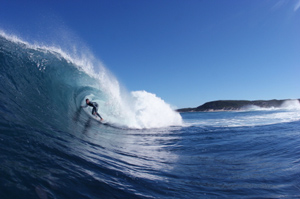 The ocean is a dynamic and constantly changing environment. For that reason, surfers who can quickly and accurately assess waves and put themselves in the right spot are the ones who will score rides of the highest quality. On the other hand, inexperienced surfers without much wave knowledge are rarely in the right place at the right time. As a result, they have a tough time catching great waves.

Knowing how to read waves is essential. It leads to more time spent surfing and less time hanging out on the shoulder watching others have all the fun. This guide offers a crash course in this fine art within the sport.

The following guidelines will help you identify and take off on more prime waves:

Be Aware of the Tide

Find out what the ideal tide is under all conditions for the spot you plan to surf. Also find out if the tide is coming in or going out. Some breaks are very tide-affected and work best with a certain amount of water. For example, a spot might have more wave action as the tide gets higher. Unless there's a sizable swell, though, it may completely shut down once there’s too much water. As the tide gets lower, the waves can do a number of things. They can...

In addition — depending on the swell size and direction — a break might experience longer lulls between sets as the tide is changing in either direction.

Spending some time checking out the waves before your session will save you time and energy once you’re in the water. Things like tide, bottom contours, swell direction, wave size, wind, kelp, and currents will all influence wave shape; and developing an eye for subtle differences will improve your ability to choose the best waves for your skills, equipment, and surfing style.

Questions to ask yourself as you’re scanning waves are:

Use the answers you get to determine which waves to target and which ones to avoid.

Swells are traveling in all directions in the open ocean. Occasionally, two waves will meet and their crests and troughs will align. When this wave energy combines, it creates what’s commonly referred to as a “double-up,” an extra powerful and larger wave. Double-ups can become very hollow and steep when they break and are generally not recommended for the inexperienced surfer.

Before you get wet, pay close attention to where your ideal waves are beginning to break in relation to the shore. It’s important to not only pick a spot on the beach to line up with, but also to have an idea of how far out you need to be from that point.

Paddle out beyond the break and to one side and observe where more experienced surfers are lining up. Also pay attention to the waves they’re choosing. This will give you another perspective from what you saw while on the beach. Other surfers will give you a good reference point when determining where you need to be.

However, the best place for you to line up may be different from a more advanced surfer who is on a longer or shorter board, or is a stronger paddler. For example, an advanced longboarder, who’s a more efficient paddler and on a board that has more volume than yours, will be able to line up farther out and catch waves earlier than you.

Try to notice if the waves are organized with predictable peaks that begin to break in roughly the same place. Also look to see if the peaks are shifty and erratic. Inconsistent conditions will require more moving around outside, inside, and side-to-side. 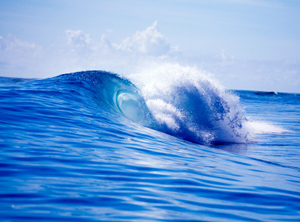 You will gather vital information by looking to see the number of waves in each set, and noticing where the waves are breaking and the length of the lulls between sets. For instance, in the event that lulls are long, you might decide to attack a few inside waves after landing a good ride outside. If lulls are relatively short, you may want to hustle back into position.

Surfers at more protected inside spots often use an outside break as an indicator that a set may be approaching. For example, if you see larger-than-normal waves hammering an outer point, you may want to anticipate and paddle a little farther out than you normally would.

Always face the direction the swell is coming from and be on the lookout for waves. If you see a lump on the horizon or kelp moving upward, chances are that something is heading your way. Also, if the incoming swell appears to be walling up more, or is wider than previous sets, you may want to paddle outside to avoid getting caught inside.

Move to the Peak

Now that you know waves are imminent, make sure you always put yourself in a position to catch them near their peak, where they begin to break. If you try to catch a wave when you’re too far outside, you’ll just end up expending a lot of energy. Conversely, if you’re too far inside, the wave will break on you and you won’t be able to make the take-off. You need to find a balance between the two — where the wave has walled up enough to carry you, but not so much that you won’t be able to stand up before the wave has broken.

Once you’ve made the decision to charge a wave, take one last look to make sure you’re in proper position and won’t be dropping in on anyone. From there, paddle without hesitation, but still be prepared to throw the brakes on if it looks like the take-off will be too steep for your ability. Most importantly, if you find yourself too far from the peak or on the shoulder of the wave, angle into it and be prepared to make a bottom turn once you’ve stood up.

If you find yourself too deep or on the other side of the peak in relation to the direction you planned on going, angle with the wave a little more than usual and stand up quickly to (hopefully) get in the pocket right away.

As with any other skill, identifying and assessing waves becomes much easier with experience. Stay aware, become a student of waves, and increase your knowledge of how they behave. By doing that, you’ll surely enhance the stoke factor of all future sessions!