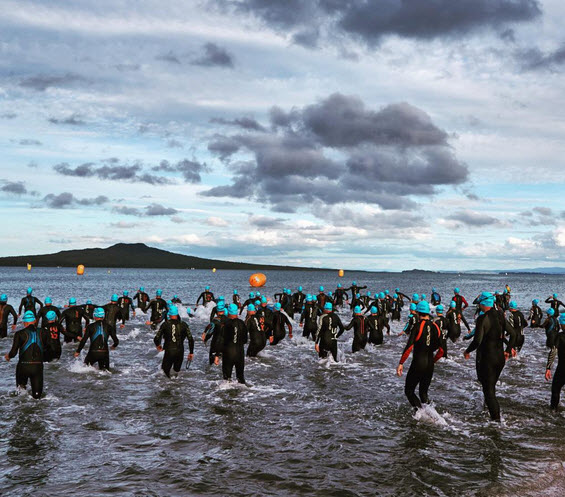 The popularity of triathlons has grown rapidly throughout the years. Triathlons are a great way to get in shape, to challenge yourself, and to get familiar with the tight-knit triathlon community. However, participating in a triathlon for the first time might seem overwhelming. This guide will go over the basics of a triathlon so you can know what to expect on race day.

Triathlons are composed of four different distances for a range of differently skilled triathletes. Based upon your fitness level and training, your choice can differ. While the total distances may vary, they all contain a swim, bike, and run portion. The following are your four main options with approximate distances:

Local triathlons often specify whether they are draft-legal or non-drafting. Many triathlons tend to be non-drafting, but what does this mean? During the cycling portion of a triathlon, a cyclist rides closely behind another cyclist to take advantage of the reduced air pressure created by the leading cyclist. This is known as drafting.

When cycling in the drafting zone, a cyclist expends less energy so exhaustion can be delayed. A drafting zone looks like an imaginary rectangle that has the length of three bicycles. In this zone, the secondary cyclist will soak up the aerodynamic advantages and can maintain a competitive speed with less effort. For this reason, drafting is typically considered illegal; although, there are still draft-legal triathlons. 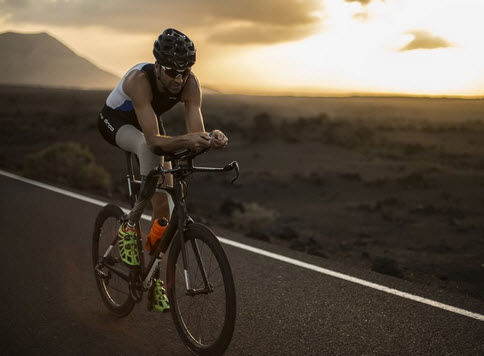 On-road triathlons are what most people imagine when they picture a triathlon. It consists of the traditional swim, bike, and run portions with the bike portion carried out on a road instead of on an off-road trail.

There are two transitions in a triathlon and critical time can be lost if you're not prepared for each one. The first transition (T1) is from the swim portion to the bike portion. The trickiest part of this transition is quickly taking off your wetsuit and changing into your cycling gear. Thankfully, you're able to arrive to the competition early to prep your stuff at the transition area. Here are some basic tips for your T1 transition:

Your other transition (T2) is from the bike portion to the run portion. Here are some basic tips for that second transition:

The transition area is usually a cramped space and affords participants little room to place their stuff. It's necessary to combine all of your transition items so that everything can neatly fit on a towel. Cycling and running shoes provide enough room to place small items inside.

Relax and Have Fun

Anybody can participate in a triathlon. Don't let the overwhelming amount of advanced products scare you away. Once you invest in a triathlon wetsuit, the basics—bike, helmet, running shoes, goggles, etc—should be sufficient for your first triathlon. As you become more accustomed to triathlons, you can upgrade your gear as you better determine what you need. With this crash course in triathlons, you'll soon be able to experience the fun, competitive spirit of a race while getting in fantastic shape.