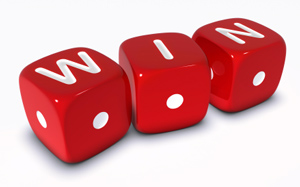 In the world of competitive diving, superstitions are a common occurrence. Divers are very prone to follow superstitions. The fear of learning new dives, or pressure to perform well can lead a diver to irrationally believe that a specific, unrelated behavior will contribute to their success.

Further, many divers believe their “odd behaviors are not superstitions, but rather rituals that help them focus and prepare for competition. It's important to clearly distinguish between what constitutes a ritual or a superstition. This difference is critical in understanding how these behaviors can be linked with success.

Below are some key points that will help clear up the fine line that exists between diving superstitions and diving rituals.

A superstition is an irrational belief that is not based on reason. For example, a diver may link the success of her performance to the bathing suit she is wearing. She will then irrationally believe that in order to perform well, she needs to wear this particular “lucky suit.

I'm superstitious about having any superstitions. I do my best to quash any that start creeping up on me.

Luck is a big part of superstitions: Psychologically, a superstition makes a diver believe that a particular action will bring a more favorable outcome. Behaviors such as jumping up/down before each dive, or wrapping up a shammy a particular way, can easily become superstitions. In reality, these actions in no way relate to success.

However, many divers will strongly argue that these are not superstitions, but rather rituals that help them focus each and every time they get up on the board. The difference between rituals and superstitions lies in how the diver views their own actions.

Kelci Bryant, a member of the United States 2008 Olympic Diving team, has a very specific ritual for every time she dives. She carries a particular stuffed dog to every competition, and gives it a kiss before each dive. This behavior is something that helps her focus and relax before each dive. In essence, it helps her achieve a competitive mindset.

Rituals are defined as any pattern of behavior that is performed regularly in a set manner. Rituals can seem a lot like superstitions. Behaviors such as jumping up and down before each dive, or simulating a dive before it is performed could seem superstitious.

So are these superstitions, or are they rituals? The answer is not easy to assume: It rests in the mindset of the particular diver. If the diver believes that an action, such as tying up her shammy, provides good luck and makes her dive well — it's irrational and a superstition. But, if tying up the shammy is part of her routine before each dive, and this action helps her focus on the dive at hand — then it can be considered a ritual. To the onlooker, this can be a blurry distinction.

You may wonder how these particular rituals actually help a diver focus. How exactly can throwing a shammy down from the platform in a specific way contribute to preparation?

According to many divers and coaches, these subtle actions tend to help a diver focus and succeed. By doing the same thing over and over again, a routine is established. Routines promote focus, and focus can help a diver get into a competitive “zone. Being in the “zone helps divers stay calm, relaxed, and ready to compete.

Common rituals vary from obvious to obscure. Some divers may not even realize they have a particular ritual before each dive. Here are some common rituals that divers may engage in:

The actual action of rituals, such as jumping in the pool before a dive, doesn't truly affect the way a diver performs. It is not the action that influences performance, but rather the mindset the action provides.

The distinction between superstition and ritual can easily become blurred. Once an action is somehow psychologically tied to a “lucky outcome, the diver has slipped into a superstition. A superstition can hurt confidence. It forces the diver to transfer the success of the diver's own ability, to that of a random action or item.

It is important for all divers to logically know the difference between the two, and be aware of the slippery slope that can occur with superstitious beliefs. Knowing how to differentiate between the calmness of a routine and the irrational belief of a superstition, makes a huge difference in how these actions contribute to a diver's success.