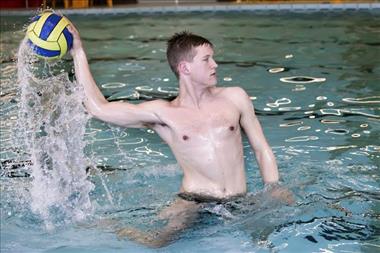 Technique is one of the most important aspects of playing water polo. As with any sport, impeccable technique does not come easily; it comes from practice and determination. Players with the best technique are the ones who can score the most and make the best passes.

The best way for a player to improve their shooting and passing performance is by practicing with rebound boards and rebound nets. This type of target practice equipment does not require two people to be present, like actual passing and shooting does, so a player can practice on their own. This guide will explain the specifics about how and why rebound boards and nets are used.

Rebound boards are sturdy practice boards that serve as a target for players practicing their shooting technique. These flat boards sit vertically over the side of the pool deck in place of a goal. Since they are just over 3ft. long (unlike goals that are 10ft. long) up to three rebound boards can be placed next to each other to mimic a goal. The boards are typically painted with the outline of a goal and with painted small, circular targets to give the player something realistic to aim at.

Rebound Boards Are Used To: 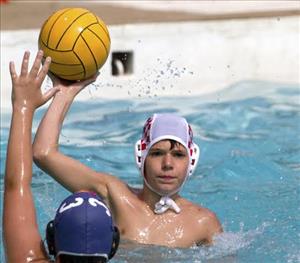 Rebound nets are 2.5ft. to 3ft. long and sit diagonally on the deck—not vertically over the side of the deck like rebound boards. When used in the water, these nets are set at an angle just on the edge of the pool deck. This forces the player to use their legs to get up to pass so that the ball will rebound right back to them.

When used out of the water, the nets are sat an angle away from the edge of the pool so the player does not accidently throw the ball into the water. The player can either stand or kneel while to throw the ball. Rebound nets vary in design from actual netting to trampoline-like netting.

Rebound Nets Are Used To:

*Note: Weight balls may cause some rebound nets to tear or to injure players. Use caution and check product information to ensure weight ball capacity before using weight ball. Trampoline-like netting is better suited for weight balls.

Shooting Sieves are 10ft. (as long as the goal) long and made of a durable mesh material. To use them, they are bungeed to the front face of the goal and used to practice and perfect aim. There are five 1x1ft. holes in shooting sieves: one in each corner of the goal and one in the top middle “bunny hole. Players can work on their shooting aim without a goalie and without another player; although, multiple players can use it at a time.

Shooting Sieves are easy to set up and take down, since they attach to the goal with bungee cords. Often, players leave the top of it connected to flip the sieve over so it lays on the back of the goal. This way, the Sieve can be flipped back and forth easily if players want to practice shooting on a real goalie too.

Shooting Sieves Are Used To: