How to Do a Front Pike Take-Down

As the first move in so many different figures, the front pike take-down has the power of the first impression. Because it's such a common beginning, it will likely be a part of every figure competition you ever participate in. That makes learning it—and learning it well—that much more important.

This guide first takes you step-by-step through a successful front pike take-down. Then, there are some suggestions for performing the skill in a routine. 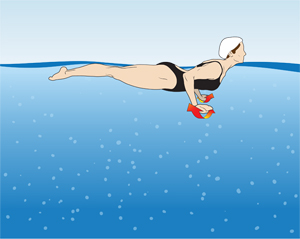 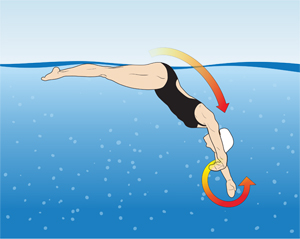 You might feel like you're doing the judging panel a favor by rushing through the front pike portion of your figure. But even if you're the 219th figure competitor they've seen over the last few hours, they will always reward you for doing it slowly, correctly, and with control. 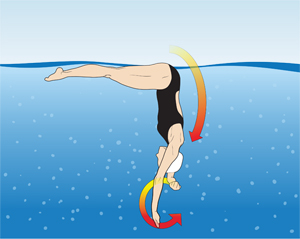 Front Pikes in Your Routine

Front pikes will show up in just about every synchro routine you ever do because they're a quick and comfortable way to get into a hybrid. Two of the more basic ways to pike down in a routine are described below.

It's actually easier to flatten out your body during a routine than in figure competition because you get to use momentum. Here are two methods for swimming into your front layout: 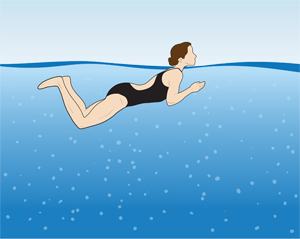 Whichever way you choose to get into your front layout, the next steps are the same. 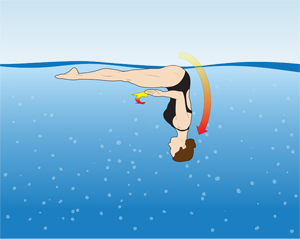 The second you arrive in your pike, move your hands into position and support scull. It won't take a lot of work to hold your pike up, but it's good to be ready for whatever is coming next.

Learning to do a great front pike take down, whether for figure or routine competition, is something that you'll be proud to check off the list of must-have synchro skills. Practice and perfect it every time you get a chance—you will definitely get the opportunity often enough!